Getting Inspired with Failed Startup Stories 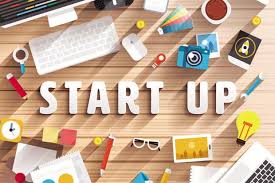 It is the basic instinct of humans to always love the good stories that are always filled with happy endings, but it definitely doesn't always end that way and this is especially true when it comes to businesses which is why Failed startups such as Bionic Panda Games exists. Inspiring stories from those big names in the industry are definitely alluring statements that gets us hooked to the claim of always being positive and clinging to the idea that you can also become one of them if you just mimic what they have done. Such occurrence is undeniably far from reality and sometimes, it is always better to look at both the sides of the coin. There are even some out there that holds to the idea that losses are also great sources of knowledge and if you do want to have the capability to create more viable and effective decisions, then hearing and learning some of the failed startup stories out there will surely make you view the business in an entirely different perspective.

One of the names that could have been a star player on the industry today is Ars Digita which was established by Allen Shaheen, Chip Hazard and Peter Bloom. These three had the most powerful seats in this award-winning company, however, they weren't able to garner the success they've been aiming from the start. There are many wrong decisions made by the company which includes rejecting the offer of Microsoft, claiming that its CEO was just like other CEOs out there that got bankrupt. They also had extremely high costs for their structure and people, which drained the company dry. There's also the Wesabe which unfortunately lost its standing against the famous Mint.com. Finally, there was this weird idea of creating a condom keychain that didn't end up the way the creator wanted to.

From the mistakes of this failed startups, one will definitely be able to pull some valuable lessons that may surely help any businessmen out there to make wiser decisions.